On page 1 of defaults #6 adaptor low voltage will not clear when unit is cycled on/off. Display indicates 250-300 watts in full sun with 5 matched 100 watt panels in series. 12:00 noon I would also expect a few more watts than that. Also can you simultaneously charge from over input for panels and a stand alone 100 watt suitcase panel?

The # 6 fault code is not a fault code but an indicator light showing that you do not have the AC charging adapter plugged in. Plug it in and the light will go off. This topic is covered in detail at this link.

Can’t really comment on the solar watts you are receiving without any info on the panels or pics showing orientation and condition? sun conditions? Any portion of any panel shaded? Temperature of unit being charged? The most likely issues with 250 to 300 watts are not having clear sun and having some winter haze. Also if any shadows or tree branch shading is present, much lower output will result and well as not having the panels aligned perpendicular to the sun.

Scott thanks for the quick reply. I did see the #6 fault disappear once ac charge cord was powered on. As to the low wattage from panels there are 5 100 watt matched panels in series. It was a sunny Florida day with no shade at noontime so sun was directly overhead minus tilt for earth to sun this time of year. I will monitor in future the only parameter to change would be time of year as mentioned for direct overhead. My error on last item as the second port is for ac input so trying to connect a suitcase 100 watt portable panel would require double connectors to add in series to the other 5 in series might look at doing that if needed. Otherwise I really like the unit. I would say a note in literature getting new owners to the question web page would help. The only observation I have at this time is the difficult to read in anything but shaded conditions of the display. Could have been much brighter with a brightness feature in settings to adjust for daylight or night viewing. Thanks again for the response. I tried calling/emailing Bluetti and got not response.

You are more than welcome. I too am in Florida…SW part. What specefic panels do you have and do you remember what voltages you were seeing? I have used a maximum of four 120 watt Acopower and at another time four 120 watt bluetti panels connected in series. The highest I have seen is 400 watts at peak from them. I have not done a lot of solar charging the AC200 though to have a good feel. I have found that the angle is important and is a perfectly clear sky as well as absolutely nothing shading any part of the panesl.

Scott the panels are Rich brand sold thru Shop Solar Kits where I purchased as a package with the AC200P. Came with six, but I only have room for 5. I had 1080 watts on my catamaran sailboat with LiFePO4 panels for 5 years and the most I ever saw was about 750 watts. So far I have seen about 300 watts on current system so a little weak in light of full sun at noon. I. Saw voltages just over 100 volts with the panels in series. I would say if you saw 400 watts on rated 480 total you did well. I am at the Florida Panther NWR 20 miles east of Naples at State Road 29 exit on I-75.

Hi Scott, I would like to power some 12 volt dc appliances from the output ports on the ac200, but need to source plugins at the ac200. Might you know what the size is 5.5 , 2.5 mm. I see I can source various plugins online, but not sure of the plug-in sizes. I see a 25 amp plugin and also 3amp. Thanks for the reply.

I believe the smaller 3 amp dc output sockets are 5.5mm x 5.21mm which are fairly common on amazon.

Regarding the 25 amp output plug, it is a WEIPU SA20 2-pin aviation plug. Below is a post where a user made his own plug / cable.

Hello All, As I’ve seen several others do, I’ve ordered the WEIPU SA20 connector and intend to solder the wires leading to my 12V fusebox to it. Inspecting the port on the 12V/25A plug on the AC200P itself, I see that one pin is labeled 1 and the other is labeled 2. Pin 1 is on top and has a red dot above it. Pin 2 is on the bottom and has a silver dot below it. Am I correct in assuming that the top pin (1/red) is positive and the bottom pin (2/silver) is negative? This will obviously matter… 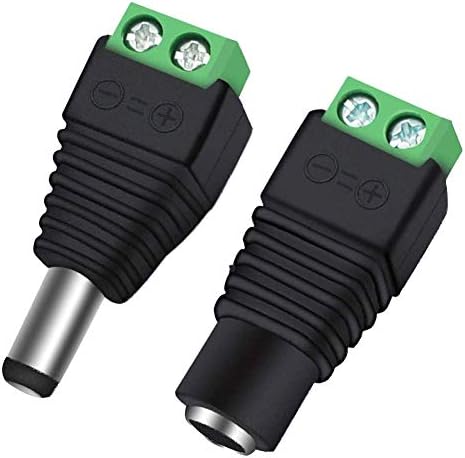 Great thanks for the link and comments. Seems to me Bluetti could have come up with something more user friendly as a lot of folks I expect wish to power 12 dc items.

The aviation cable is actually a very high quality fitting that is designed to be quickly detachable while remaining solidly connected when you do not want it to vibrate loose. The aviation cable also terminates with an XT60 or an Anderson Power Pole at the other end which is a very common connector and that is the end users will connect to. The cable needs to carry a large amount of amperage which limits the choices.

What needs to happen is for everyone to be able to order and receive relatively quickly the accessory cable instead of it not being in stock regularly. The only frustration I have seen is to not be able to source the accessory cable. No body I have heard from is dissatisfied with the quality of the fitting or cable. It was offered as an accessory and not included in the purchase because a large number of users have no need for a high amperage 12VDC output.

When we pay $2000 for a solar generator it would seem appropriate that the ability to utilize the 12 volt dc output should be an included accessory. Not very pleased with having to do the mods. to achieve what could/should be included with a generator that costs what ac200 does.